The arrow rest is one of the most helpful components for archery with compound bows and recurve bows as well as with blank bows. Arrow rests in combination with button and clicker form an influential element for the precise and clean arrow flight and the trajectory. 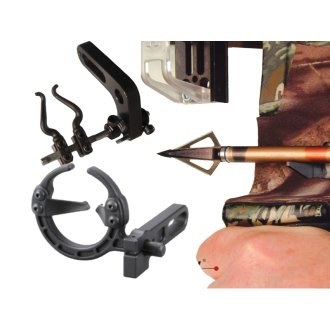 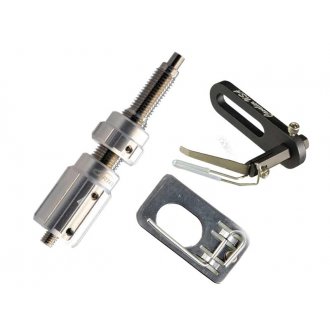 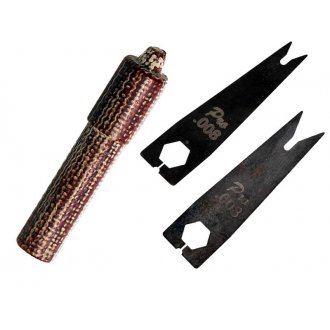 A damaged arrow rest should be replaced immediately. If the arrow is fired from a defective arrow rest, the arrow flight is unpredictable. The archer can then roughly determine the direction. Launching via a damaged arrow rest can even be dangerous under certain circumstances. Since the rests can break suddenly during training or even during a tournament, archers should carry a replacement with them at all times.

At BSW-Archery, we always have the arrow rests that perfectly match the handle of any compound, recurve- or blank bows. At the same time, we only rely on well-known manufacturers like ALLEN, AAE CAVALIER, SF Archery, FIVICS, BEITER, NAP, HOYT, BOWTECH, TRUGLO, CARTEL, DECUT, BOOSTER, TROPHY RIDGE, TROPHY TAKER, SPOT-HOGG and many more. Take a look around our online shop and quickly discover your new arrow rest or a replacement rest for your next tournament.

Arrow rests - Assembly on the bow

Arrow rests can be mounted on all modern sports bows such as compound, recurve and blank bows. With a classic longbow and traditional recurve bows, on the other hand, shooting takes place on the shelf, i.e. directly out of the shot window without an arrow rest. Depending on the design of the rest and the handle of the bow, the bow must be attached to the sports bow either by gluing or by screwing.

Arrow rests are mounted below the button on the middle part of the bow. They have to be adjusted in such a way that the arrows hit the button entirely. At this point, the old, defective rest must first be removed. To avoid glue remains, some alcohol can be used. The new arrow rest should be mounted at the same place, at the lowest point of the grip. Since the sight adjustment always changes minimally when changing the arrow rest, it should be adjusted correctly again afterwards.

The mechanics and accessories for arrow rests

Arrow rests are available in a great range of designs and types. The various types have many meaningful names such as Quick Shot, Kill Shot, Flipper or Quicktune. Also Down Draft, Drop-Away, Fall-Away or Whisker Biscuit, named after the round cake form where one piece is missing, have proven themselves. They are not only made to fit the shooting style of the archery with compound bows, recurve bows and blank bows and for the use of carbon arrows, aluminium arrows and even wooden arrows. They also vary in their material, often metal or plastic, and in the way they are mounted - there are arrow rests for screwing and gluing.

You can also choose between arrow rests especially for finger shots or for shooters who use a release. As a rule, arrow rests are offered as left- or right-hand models. However, there are also uni rests which are equally suitable for right- and left-hand shooters as the NAP Quiktune 800 and only have to be modified appropriately. It is also important that the rest for arrows does not come into contact with the fletching of the arrow. In addition, high-quality models offer the possibility of fine adjustment, for example by adjusting the feather tension.

At BSW-Archery you will find the perfect arrow rest as well as buttons and clickers for your bow. We also have replacement parts for arrow rests such as spare screws, button pins, arrow rest fingers, arrow holders or support arms always available for you.

You can also find other add-on parts, stabilizers and various accessories for archery, for bows of all kinds and crossbows in our online shop. Whether visor, clicker, button or nocking point, whether limbs, armguard or arrow shafts - at BSW-Archery you are guaranteed to find the right components and accessories for your bow to complete your archery equipment.