Unfortunately not all articles of this configuration are available.
EK ARCHERY Cobra System - 90 lbs / 240 fps - Pistol Crossbow
Article details
DescriptionCharacteristicsNotify me when this product is availableProduct Tags
Description

Remarkably various! As poisonous as its namesake! - These are the impressions you get the first time you see and shoot the EK ARCHERY Cobra System.

Strikingly various, because its appearance is unusual. The distinctive triangular form is not only the result of an innovative technique, because it has never been easier to stretch a crossbow: The long connection between pistol grip and tip is the lever for stretching the crossbow. But how does it all work? The answer is simple and, above all, much better than with all conventional systems. If the cocking lever on the pistol grip is released and pushed forward, the entire trigger unit, including the safety device, also moves forward and engages the relaxed string. If the cocking lever is now brought back to its starting position, the trigger unit with the engaged string moves back to the launch position and the crossbow is cocked. And thanks to the long lever, it requires considerably less force than conventional systems.

As poisonous as its namesake, anyone who has ever shot the EK ARCHERY Cobra System will understand. A relatively low pull weight of 90 lbs results in superior bolt speeds of up to 240 fps (approx. 263 km/h). Despite or even because of its power, the necessary safety was also considered and the crossbow was equipped with an empty shot protection, which protects it from damage.

In addition to design and power, the materials used and other equipment details are also convincing: the pistol crossbow itself is made of high-strength plastic, the barrel and cocking lever are made of metal and the limb of pressed fibreglass. The upper mounting rail has a built-in rear sight and front sight sight and can be used as a mount for a scope. Further Picatinny rails are attached at the front side, as well as for mounting a tactical front handle on the cocking lever.

Notify me when this product is available
Product Tags 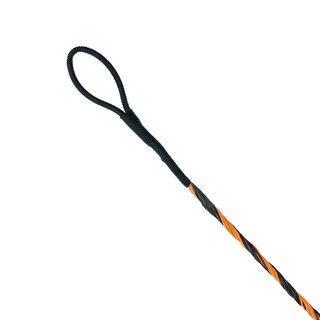